A bit of history

M’Hamid is a small village in the region of Zagora. It is around 7 hours driving from Marrakech and 5 hours from Ourzazate. M’Hamid lies about 500 meters above sea level, on the Wadi Draa, which is usually dry terrain. It is near the Algerian border, about 24km.
Until the end of the 1980s a special permit was required to enter the area because it is so near the Algerian border, but since the nineties it has been free from any conflict, and as a result it is a very safe place to visit. It is joined with Merzouga one of the two doors to the Sahara Desert.

Little is known about its early history due to lack of written documents but luckily thanks to local elderly people who have shared their knowledge, stories and traditions with pride, we know about this area.

M’Hamid has always been a hub for travelling nomads and trade caravans, some as big as 5,000 camels that gather together before starting their journey to Timbuktu and other destinations. Due to its ideal location together with the major oasis one finds on the way south to the Sahara.

Here in M’Hamid people have lived in a self -sufficient way for hundreds of years but because of reduced rainfall in the seventies, it became impossible to live off the land. Furthermore a fungal disease attacked the date trees adding to the already serious agricultural problem. People had to find other ways to surive and live sufficiently. Thanks to the high sand dunes of Erg Chigaga tourists have become attracted to the area and presently tourism is the strongest source of income.
Not only has Drought affected the agriculture but also the growth of the desert, which has caused a decline in the areas population since the fifties.

In the palm oasis of M’Hamid there lies seven old decaying kasbahs, which are now almost uninhabited. Nowadays the majority of people live in newly built homes constructed with bricks and cement, very few original buildings still stand and those that do exist are dilapidated and run down and lived in by poor inhabitants. 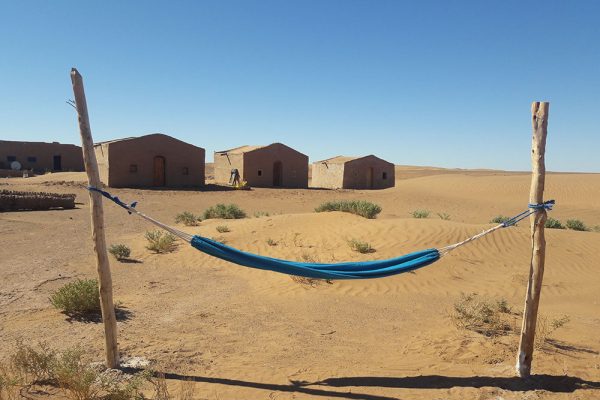 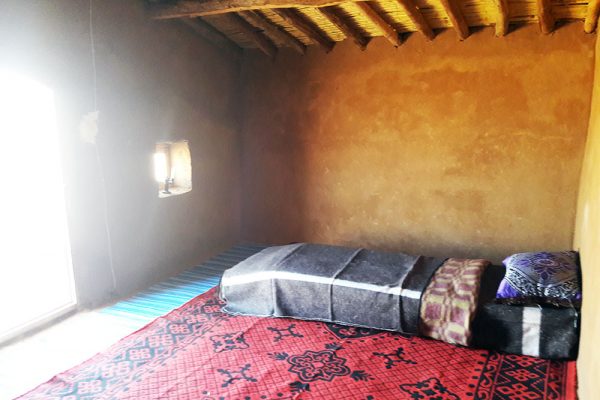 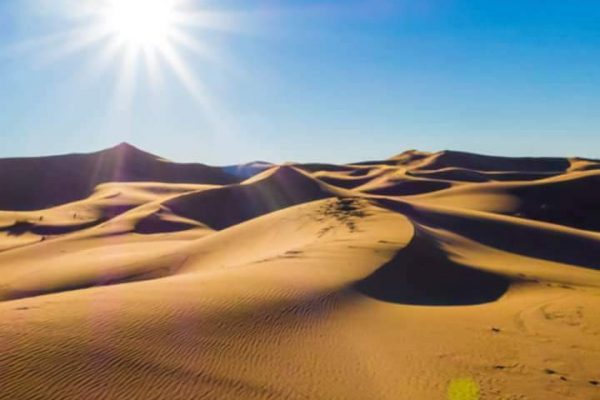